Home» Commentary » ATRN, CAGR and ASYI: Most Talk-About Penny Stocks on the Street
Posted on April 14, 2012 by PennyStockHaven in Commentary - No Comments

Atrinsic, Inc. (ATRN): PennyStockHaven has no investment interests in ATRN and no plans to initiate any positions; ATRN annotated chart has been created on multiple requests by PennyStockHaven’s subscribers. 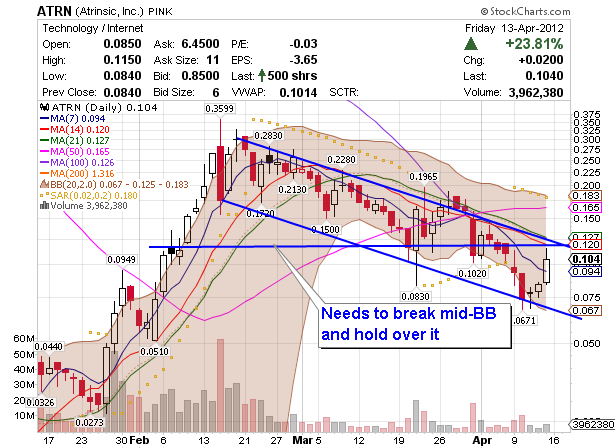 Atrinsic Interactive is a digital agency that helps small and large advertisers reach their target audiences in the most effective way possible.

[note color=”#CCDAE3″]California Grapes International confirms it has now received a $10,000,000 in Financing from AGS Capital Group, LLC a US based specialist investor group to fund operational expansion in China.

[quote style=”2″]The security of the funding commitment from AGS provides a foundation to ensure the future of CGI. As we continue to pursue new opportunities for growth and expansion, we now have a financial partner with the experience, strength and resources needed for the international markets we plan to expand into![/quote][/note]

[note color=”#CCDAE3″]California Grapes International, Inc. (CAGR.PK) has completed the first quarter of 2012 and is looking ahead to a very strong year end.

Sales revenues for the first quarter of 2012 ended up at approximately $200,000 and exceeded the company’s expectations. As the company continues to develop and establish a stronger foundation for revenue generation and expansion in China, we are confident in meeting our first year’s revenue and profit goals. “CGI” expects to complete the up-listing process and become fully reporting later this year. We will begin providing revenue guidance once our retail location has established a performance base.[/note]

California Grapes International, Inc. “CGI” is a publicly traded Nevada Corporation on the OTC Market under the symbol (CAGR) and has been in business since 2008. The last few years have been focused on developing various sales channels through direct to venue, retail partners and distribution channels. The key for “CGI” has been the extensive marketing and promotions campaigns that we have created and the export expertise specifically developed for the California Wine Industry.

On March 23, 2012 the sole member of the board of directors of AISystems, Inc. (the “Company”) approved the appointment of Jeff Coe as the Chief Operating Officer of the Company. Jeff Coe (the “Officer”) has not entered into an employment agreement with the Company.

The following is certain biographical and other information regarding the newly appointed Officer:

Jeff Coe, 39, was raised in Queensland, Australia where he studied Commerce at the University of Queensland. After university, Jeff traveled the world and chose to settle in Denmark. Jeff attended Tiegtens Business College from 1999 to 2001 and enrolled in a pioneering business course focusing on Ecommerce. After winning a startup competition for his innovative business model in his final year, Jeff founded his first technology startup with the winnings named Halfahead.com.

In 2003 Jeff moved back to Australia and joined as Director of Sales and Marketing for Mercury Mobility (now Mnet Group) and grew the company from 4 employees to +100 in less than 18 months. In July of 2007 the company went public on the Australian stock exchange.

In 2008 Jeff invested in the German video platform sevenload and took on the responsibilities of expanding the company internationally and managing all licensing rights to content holders. At the end of 2009, Jeff exited sevenload when it was acquired by Burda Media group. Jeff then became Managing Director of Linden Ventures, an early stage accelerator based in Berlin working with and investing in early stage technology companies.

In January 2012, Jeff stepped down as the Managing Director of Linden Ventures, however maintains a non executive role as Venture Partner.

Additionally Jeff holds the role as investor and board member of several European technology companies and has been a mentor for Tech Stars Europe and Seed Camp as well as being named one of Europe’s top 100 most influential technology experts (The Telegraph).