Over $100,000,000 has been invested in developing this super-drug that threatens to make products like Sanofi’s $6 BILLION-A-YEAR basal insulin – ‘Lantus’ – OBSOLETE.

Here’s why large pharma is worried about ANTRIABIO’s technology:

Big pharma is sitting on the largest stockpile of cash seen in history – cash that was accumulated selling lucrative drugs that will now go off-patent and cause losses to the tune of $147 BILLION in 2015 alone. 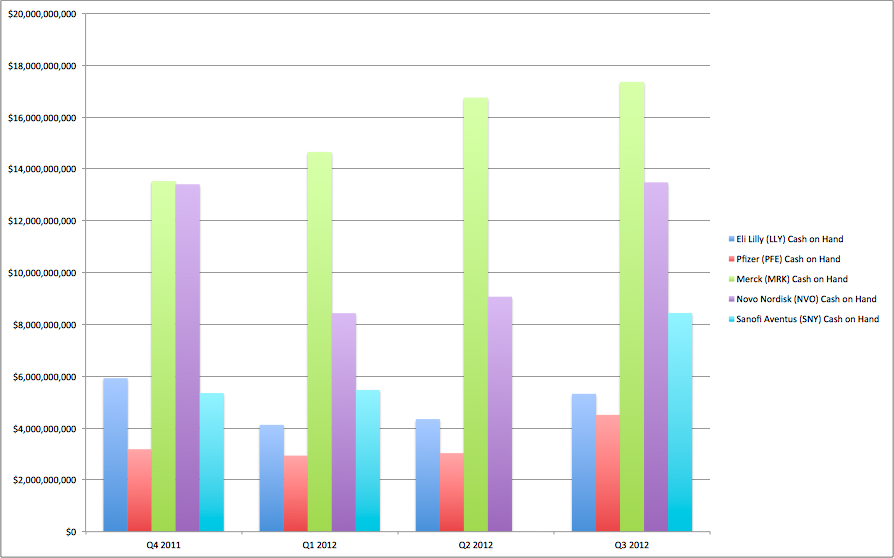 However, big pharma isn’t sitting idle. Furthermore, executives at the world’s largest pharmaceutical companies recognize their livelihood is at stake.

The acquisition of Amylin sparked a BIDDING WAR among:

This clearly proves that big pharma is not only interested but DESPERATE for products that will help them remain competitive.

What’s incredible is that Antriabio has an even better version of Amylin’s once-weekly GLP-1 drug – a super-long acting, once-monthly treatment.

We believe Antriabio will trade upwards as Big pharma continues to see their patents expire and suffer billions of dollars in recurring sales losses, Drug makers struggle to create SAFE, long-acting insulin products, Antriabio advances its technology and Big pharma eventually bids to acquire Antriabio to eliminate the threat this small company poses and equally to secure a future worth BILLIONS to the big pharma companies who have established sales channels and distribution in diabetes care.
We like Antriabio as a company that is undiscovered by investors, boasts excellent management with a track record of success in biotech, and has strong intellectual property (IP) and patent life.

Last year, we saw Organovo, the world’s first 3D Bio-Printing company quietly emerge as a public company. It debuted at $1.65 and rally to $11, before settling mid-range. Organovo successfully raised more than $25MM and is now weeks away from listing on a national exchange, likely the NASDAQ. Moreover, it is one of the most active issues traded over-the-counter. Organovo, like Antriabio, was once completely unknown to investors, but later emerged as one of the best-performing equities of 2012.

Organovo’s disruptive technology in cell-based research suggests Antriabio should perform on par, if not better, during the course of this year, and beyond.

We anticipate Antriabio will be one of the best performing equities in 2013, supported by fundamentals that will eventually drive a large pharmaceutical company to acquire them at a huge premium to their current price. For some more information on Antriabio, view their overview. 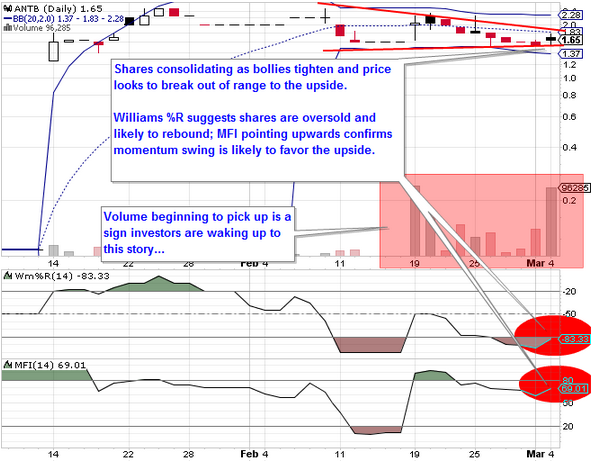