Congratulations on a trading with ParkerVision, Inc. (NASDAQ: PRKR) – PennyStockHaven followers enjoyed over 20% gains just in a three short weeks. 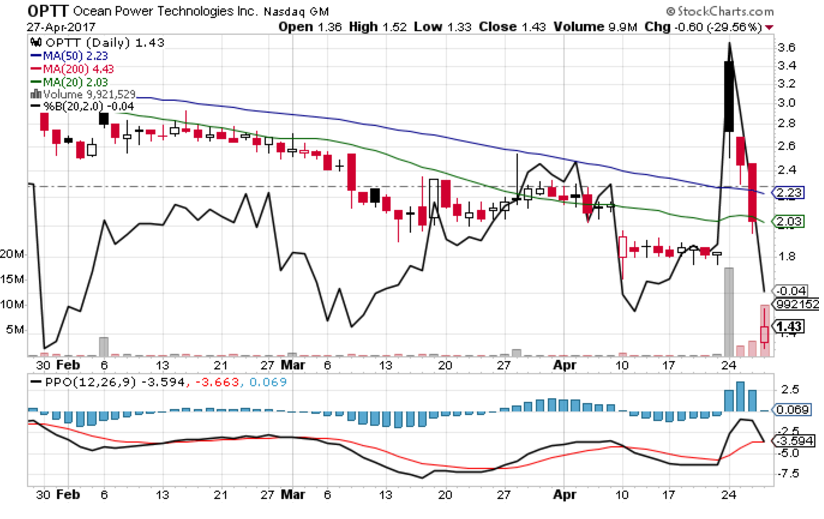 Please note: this is a big P o S (sorry for my French) but anyhow:

The PB3 was shipped to Japan in February and arrived in Tokyo on March, 18th, 2017. Upon standard customs processing, the PB3 was transported to Kozu-shima Island where it was staged dockside, and where standard pre-deployment functional checks and preparations were carried out. The deployment of the PB3 and its moorings was completed by a joint team of Penta-Ocean Construction and MES. OPT supported MES with the mooring system specifically for the harsh ocean conditions of Kozu-shima Island.

This is an exciting time for OPT as we initiate this lease and deploy the PB3 in Japanese waters for the first time. The deployment went well and the PB3 has already exceeded two thousand Watts of peak power. We’re looking forward to leveraging this opportunity to bring our PowerBuoys to Japan and other parts of East Asia.