Congratulations to everyone who’s followed our alert on SIEN

Up to 15% in a matter of a few days – can you find a better trade from an entire Nasdaq?

SIEN – we re-enter into at mid-day on Friday for a “hold” for a month or a few. 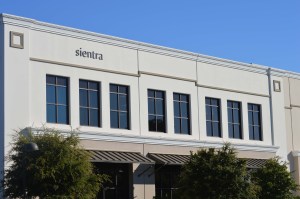 Sientra CEO Hani Zeini issued a letter to plastic surgeons Oct. 30 outlining what the Goleta-based breast implant manufacturer needs to do to restart production at its plant in Brazil.

Zeini also implied in the letter that the Food and Drug Administration is going to make a decision regarding Sientra products, which is something that previously had not been announced.

Sientra shares nosedived on Sept. 24 from $20.58 to $9.70 after British regulators found breast, pectoral, calf and other implants contaminated by particles of silica and cotton at the Rio de Janeiro factory of Sientra’s manufacturer, Silimed. Sales of Silimed products were quickly suspended in Europe, Australia and Brazil. Sientra voluntarily stopped selling products in the U.S. on Oct. 9 but has maintained its products are safe.

On Oct. 22, a fire broke out at Silimed’s factory. The fire happened in a building known as F-2, which is also where Sientra breast implants are made. Zeini said in the letter that it will be possible to restart production but significant renovations to a much smaller building not impacted by the fire will be needed.

“In order to begin the manufacturing of breast implants in this second building, certain areas in this facility would need to be reconfigured and receive certification and approval by appropriate regulatory bodies,” Zeini said in the letter. “We are currently working with Silimed to assess the feasibility and timing of such a plan.”

In a conference call with investors, analysts and reporters on Oct. 28, Zeini said Sientra has about a year’s supply of breast implants in stock. In the letter, Zeini said Sientra continues to test its products and hopes to get those products back on the market fairly soon.

Internal testing of Sientra products for the particles of silica and cotton should be presented to the FDA by the end of 2015, the letter said.

Zeini also implied in the letter that the FDA will make a final ruling on whether Sientra breast implants should remain off the market or if they are safe enough for plastic surgeons to start using again.

“Our expectation is that results of the tests along with our ongoing review will allow us to identify the steps required to provide (plastic surgeons) with our products, following consultation with and concurrence from the FDA,” Zeini said in the letter. “As you would expect, we have been in continuous communication with the FDA but we cannot and will not speculate on the timing or outcome of FDA’s decision.”

The FDA still has taken no official action in the matter but instead has been working with Sientra and Silimed. In a statement the FDA issued to the Business Times on Oct. 16, the FDA reiterated Sientra products were safe, but the agency recommends not implanting the devices until the FDA completes a review of the matter.

“The FDA is not aware of any adverse patient events related to the current matter under investigation,” the FDA told the Business Times in a statement on Oct. 16. “We concur with Sientra’s recommendations to take a cautionary approach until more is known and we are actively working with the company and other international regulators to investigate the issue.”

We continue to be well funded with a cash and cash equivalents balance of $148.9 million as of September 30, 2015. Earlier this week we paid in full our term loans totaling $24.5 million, and as a result the company has no outstanding debt obligations.

I want to end this communication with heartfelt gratitude to all of our surgeons who I personally met with last week during ASPS in Boston and who I have been communicating with regularly. Thank you for your continued support and words of encouragement during these challenging times. Our commitment to board-certified plastic surgeons is unwavering and we promise to double and triple our efforts to earn the privilege of your business as soon as we resolve this matter and are back in a position to offer you our differentiated value proposition and the unparalleled level of service, clinical transparency and evidence-based promotion you expect from us.

Thank you for the understanding and patience throughout this process which are deeply appreciated by everyone in our Sientra community. 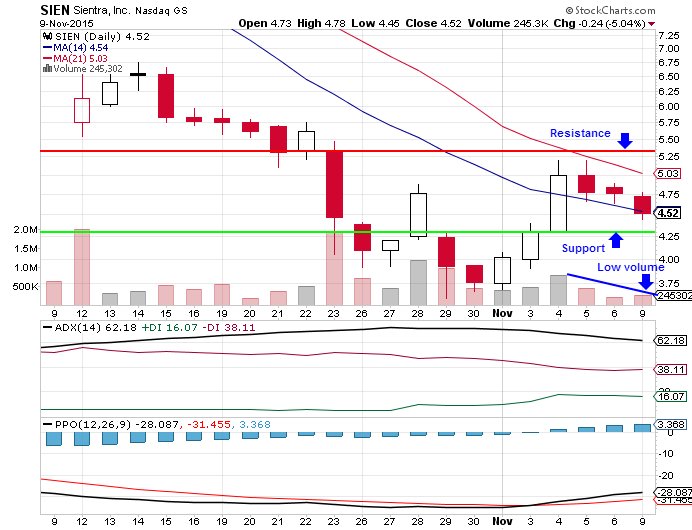 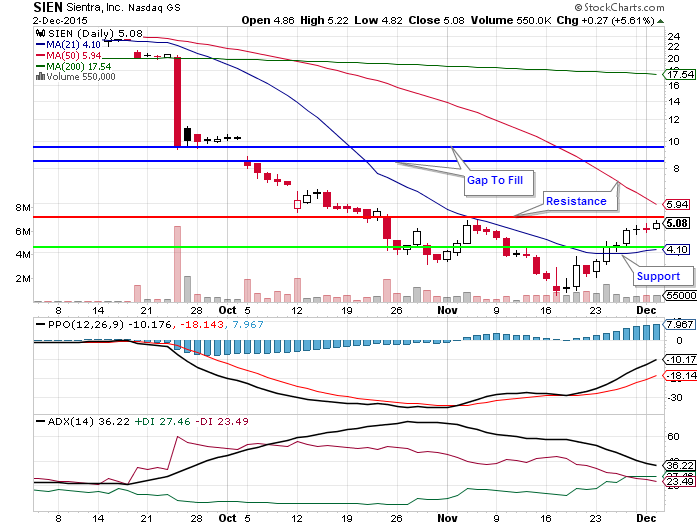